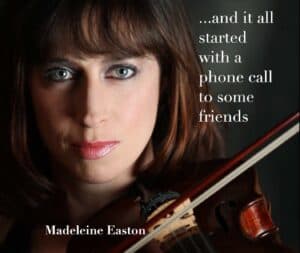 …and it all started with a phone call to some friends

Harmony is next to Godliness 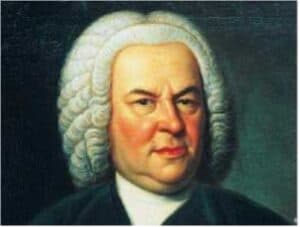 I woke up suddenly, jolted upright at 4.30 am on 28 December 2015, with an idea. ‘I’m going to set up a Bach orchestra in Australia.’ This inspiration culminated from months of searching for a way to change my life. I believed it was time to shake things up a bit, do something different. But I was not sure how it would play out.

Then at 4.30 am the next day, I woke up suddenly again—bolt upright in bed—and the name, Bach Akademie Australia—came into my head, as if it had always been there. ‘Yes,’ I thought, ‘This is my way home. There is so much that feels right about it.’

I had lived and worked in Europe for seventeen years, performing with Sir John Eliot Gardiner and the English Baroque Soloists. I had also directed the Bach Cantata series at the Royal Academy of Music for several years. Still, I was questioning what I wanted to do for the rest of my life. I knew I did not want to live in London forever and was trying to find a way home to Australia. The concept of a Bach orchestra in Australia felt perfect.

Immediately after breakfast on the morning the idea for a Bach orchestra popped into my head, I ran around to my sister Rachel’s home.

Once I returned home, I telephoned my good friends Annie and Anthony Whealy in Sydney.

‘I’m going to Leipzig for the Bach Festival in June,’ I said. ‘Are you guys going?’

‘I’ve got an idea for a Bach orchestra I want to run by you.’

Annie and Anthony were super enthusiastic from the word go. They organised for me to present my proposal for Bach Akademie Australia to a group of Australians who were at the Bach Festival with them. They all loved it and wanted to get involved. Annie suggested I give a presentation to Anthony Jeffrey and a group of his friends who were also in Leipzig, so I did. They were equally enthusiastic, and it set the whole thing in motion. It was amazing! Bach is my specialty, and the Bach Akademie is my chance to make a real difference in Australia. I finally felt after many years; I had a real purpose and a direction to my life. I was on a firm path—and it all started with a phone call to some friends. Bach is my inspiration

Bach inspires me because his music makes sense. It is in proportion in so many ways. I remember hearing David Attenborough say at a post-concert reception in London how Bach fits in with nature. ‘Bach’s music exists within nature; it’s so perfect. It is like a human creation that reflects the perfection of nature itself.’ David’s description is accurate. If you break down Bach’s music mathematically, it makes sense—it is in proportion. Bach knew it, and it was in his heart. He had an instinct. You can tell. Every phrase, every interval, is new and fresh as if it has always been there. The great oratorios, the Matthew and John Passions, are breathtaking and the B Minor Mass will inspire me for the rest of my life. It is a mirror image of itself over a two-hour period. The key relationships go from the outside in; the relationships go in and Din and in. It is fascinating and similar to looking at a snowflake under a microscope. All the crystals are symmetrical. They are exquisite. I wonder how something so consistent and sublime can exist in such a random way. But it does. And I think that is the truth about Bach. The same perfection and inspiration. And the way he communicates the words in those cantatas is heartbreakingly beautiful music. If you take any of the obbligato arias, they break your heart. They are remarkable. Bach is my inspiration!

One of my greatest joys is working with Sir John Eliot Gardiner, watching him bring out the best in what each musician has to offer, particularly with the Bach cantatas. He makes the musicians believe in what the words of the cantatas are saying. He makes us play every note as if our lives depend on it—the result of that is an enormous emotional connection to the audience. Sir John Eliot Gardiner is utterly uncompromising—but he cares. He cares passionately as much as I do about Bach, and he wants you to care as much as he does. He asks each musician for 110 per cent, 100 per cent of the time. He never lets you slack off. He never lets you coast. Sir John Eliot Gardiner will not allow one single member of the Monteverdi Orchestra or Choir to take their foot off the pedal. Ever. Not in any rehearsal or performance. And you can tell he has done his study, completed his research. I take it as my responsibility to do the same. If you push yourself that far and you do the hard work—if you bring your musicians with you the way he does, the result is incredible. 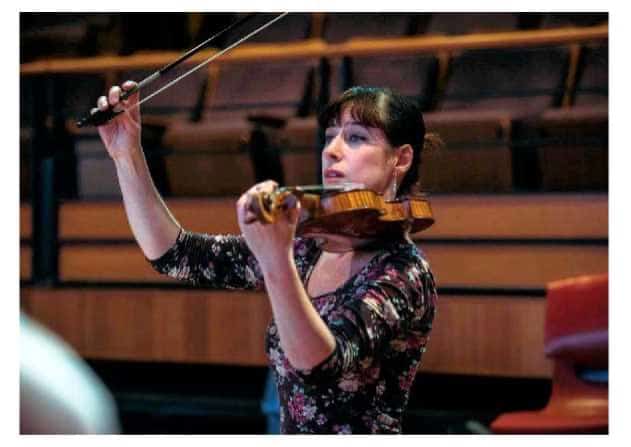 In September 2016, after months of talking to people about my idea for Bach Akademie Australia, we hosted a fundraiser in Sydney, inviting all the Aussies I had met in Leipzig and their friends. We gave a performance of Bach’s Cantata 105, one of my favourites, raising enough to fund our ABC recording of Bach’s Easter Cantata BWV 4: Christ lag in Todesbanden and the joyous Brandenburg Concerto no. 4. Then we hosted a second fundraiser in February 2017, raising enough to perform our April concert and the Canberra Festival it gave us a cushion from which to move forward.

The April concert at the Garrison, a historic church in The Rocks in Sydney, was thrilling! The program included Bach’s liturgical cantatas Christ lag in Todesbanden (BWV4), Cantata 127, Cantata 51 and his Double Concerto for Oboe and Violin. The D^fDtoD^er concert at Christ Church St Laurence in Sydney, to celebrate the 500th anniversary of the Reformation, was equally exhilarating. We performed Bach’s monumental Cantata BWV 80, Ein feste Burg ist unser Gott, featuring a libretto and chorale written by Martin Luther himself. Soon we will kick off a subscription series, and we have applied to festivals around Australia such as the Adelaide and Melbourne Festival. We will also perform at the Chatswood Concourse, Joan Sutherland Performing Arts Centre and in Newcastle, Wollongong and other regional centres. That is the next few years; then after that, we are looking at touring internationally, even though it is horrifically expensive and a massive undertaking. In five or ten years I would love to see Bach Akademie Australia make its debut at the Proms in London.

It is right to think big, and it is that type of thinking that will put Australia on the map as a place of international repute for the performance and study of Bach. I will travel to Europe four times each year to perform with Sir John Eliot Gardiner and the English Baroque Soloists, and play in early music ensembles in Europe. Still, my principal focus will be nurturing Bach performance and scholarship in Australia. I have butterflies in my stomach before a performance with Bach Akademie Australia. But at the same time, I have enough belief in myself; I know I can get up there with utter conviction. I spend weeks getting into the score and the soul of each cantata or piece—immersing myself in the meaning woven into each line of text and how it is reflected in the music. I study the cantata and see how Bach communicates the message in each movement, as well as the final chorale. I work incredibly hard myself and just as hard with the musicians to get them to believe in the music the same way as I do. It is so magical on stage to see the singers communicate every word of the text to the audience. That’s the best bit.

I want to recreate in Australia what I have been doing in Europe for nearly two decades—studying Bach and performing his music in early music ensembles. Bach is such indestructibly fine music that I want to share it with Aussies eveiywhere. I will invite to Australia many of the musicians I have worked with in Europe —such as Sir John Eliot Gardiner, Bach Akademie’s Patron and Founder, and Artistic Director of the Monteverdi Choir, the English Baroque Soloists and the Orchestre Revolutionnaire et Romantique.

I hope to teach as much as possible in Australia. That is why the word ‘Akademie’ is in the title of my ensemble. I yearn to present to Australian audiences versions of Bach that epitomise real masteiy of performing his works. Our performance of Bach is historically informed in the way we interpret and play his music, but at the same time, we present fresh, original interpretations.

My dream is that twenty to thirty years down the track, Bach Akademie Australia will be one of Australia’s major orchestras. I want to give something back to my country. To have put Australia on the map for Bach scholarship and performance would be so amazing. I would die a very happy woman. 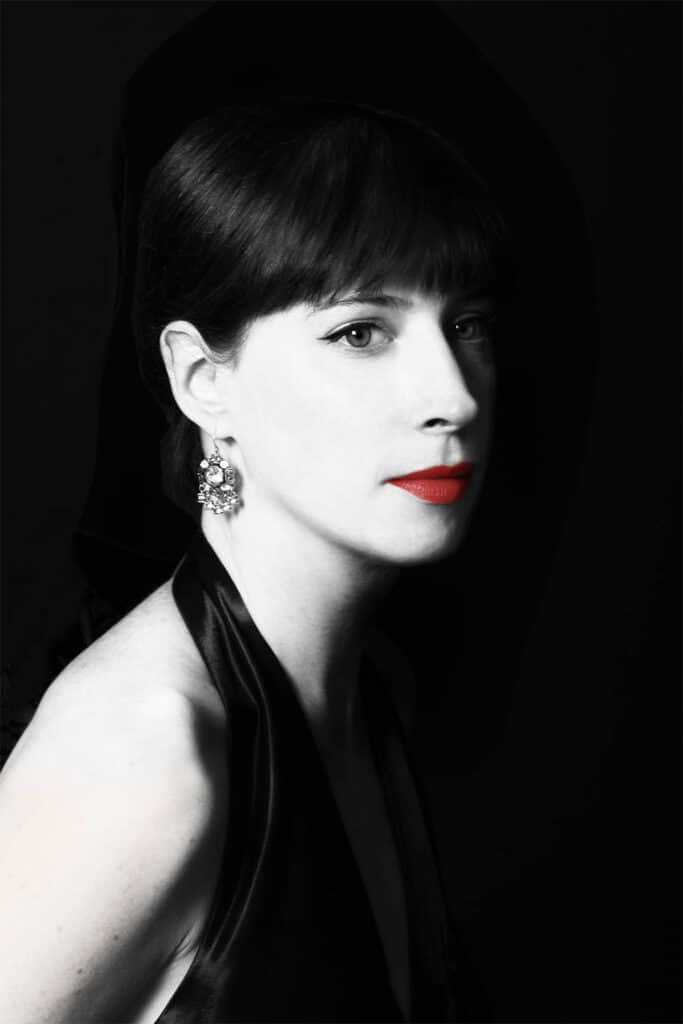 “With fire in her belly and a spirit of enterprise, Madeleine Easton is a musician after my own heart. Her project of forming and moulding a ‘Bach Akademie Australia’ is much sexier than its title suggests. Knowing Maddie as I do, it will combine cutting edge scholarship, imaginative musicianship and playing of dazzling virtuosity. Australian audiences are in for a treat – of superb music-making which she and her colleagues will, no doubt, communicate with skill, charm and real flair.”