How to write a memoir: The importance of ‘voice’ in life writing

Voice is integral to an individual’s identity, whether we write about someone else or ourselves. A person’s voice reveals a great deal and we make all sorts of assumptions about them because of this.

In her chapter on voice in the book The Art of Memoir Mary Karr says, ‘a voice conjures the human who utters it.’ She believes that memoirs live or die based on voice. ‘It’s the delivery system for the author’s experience—the big bandwidth cable that carries in lustrous clarity every pixel of someone’s inner and outer experience. Each voice is cleverly fashioned to highlight a writer’s individual talent or way of viewing the world.’

Accents and dialects are full of connotations that reveal various aspects of an individual, from something as broad as their country of origin to their profession, social class and geographic location. In Australia, for example, many residents of North Queensland end each sentence in ‘eh?’ whereas in Sydney or Melbourne this is less common or even unheard of. Or if you live on the leafy upper north shore of Sydney, you may hear very different versions of Australian English to what you may hear in rural areas of New South Wales.

What are the different elements that contribute to a subject’s personal language; their vocal fingerprint, and how is this evident in the voice represented in a memoir or life story?

I recently listened to the author Virginia Woolf talking in a 1937 BBC recording. Hearing her voice profoundly confused me as I had read her novels and the biographies written about her, thinking of her as a radical and bohemian. But her posh, almost ‘Queen Elizabeth Christmas Message voice’ astounded me.

One of Virginia’s biographers, Hermione Lee, agrees: ‘I had heard that recording before I started work on the biography,’ Hermione says, ‘and of course, it’s a huge shock to the system, because she sounds like some elderly duchess with a plum in her mouth, or two plums in her mouth. You forget that that voice sounds astonishingly posh and antiquated.’ 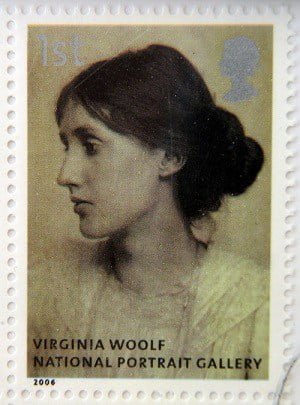 But Hermione reminds us that Virginia was a late Victorian. She was born in the 1880s. ‘This is someone whose father was an eminent Victorian and knew Carlisle and Tennyson and Henry James. She comes out of a professional, middle-class—she’s not aristocratic at all—professional middle-class 19th-century writing family, whose relations go back into the judiciary system. There’s all that flowing into her life, yet she lives until 1941, and she becomes immensely involved with thinking about feminism and women’s rights.

‘She’s not an active, marching feminist, as it were, but she is, of course, in books like A Room of One’s Own and Three Guineas, deeply engaged in the lives of women and the future of women. So she’s become someone who is taken up as a radical, Marxist, feminist heroine, as a symbol of the way mental illness was treated in the early 20th century, as a wildly experimental modernist writer. But we also have to remember that she’s a daughter of the Victorian era, and that actually affects a great deal of the way that she writes and thinks.’

Hermione believes that this is one challenge of writing a biography. How do you get that very complicated relationship that we now have … in what’s coming to be the middle of the 21st century that we now have towards these figures who straddle the 19th century and the 20th century? We can’t think of them as modern or contemporary even though they may feel that way to us.’

‘In lots of ways, we want to think of Virginia Woolf as our contemporary; someone whose voice is very fresh to us and very immediate to us and very important to us, still. When you think about what’s happening in the world, politically, today, the argument for equal rights for women, the arguments for women’s voices to be heard is just as important now as it ever was.’ 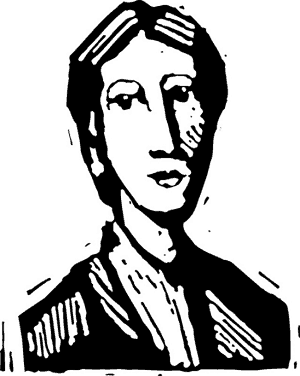 ‘But we can’t, therefore, get rid of all the baggage around Virginia Woolf of her class and her social milieu and her ancestry. These are things we need to think about too. So that’s why her voice is so fascinating,’ Hermione adds.

I recently experienced the issue of voice when I wrote the memoir of a man 101 years old. The voice I captured from the diaries and letters of his youth differed greatly from his voice during his middle years and the voice I recorded in our interviews. His voice was distinctive at each stage of his life and I knew it was critically important to capture its essence in each moment as he passed through various phases. But at the same time, there were common elements such as his quirky outlook on life and immense humanity.

If you are searching for a biographer who can accurately reflect your voice, look no further than Gabriella at Share your life story who has the skills and experience to reflect your unique voice in your memoir. For more information, call Gabriella on 0408 256 381

Australia’s Father’s Day celebrations this year will be a little different because of COVID-19 lockdowns around the nation. Instead of picnics, barbeques and trips to the beach, many dads will celebrate on their own or use Zoom, Facetime or a myriad of other devices to connect with their loved ones. There are 4.6 million dads […]

Why I wrote “Breaking through the pain barrier.”

On 25 July 2021, Painaustralia will launch my biography of a trailblazing Australian pain medicine pioneer, Breaking through the pain barrier. The extraordinary life of Dr Michael J. Cousins. You might ask what inspired me to write this book. Here’s my story. The room swirled as my eyes fluttered open. I could feel something tight […]

It was Socrates who said the unexamined life is not worth living. He preferred the death sentence to being unable to examine his life. He may even have said, ‘Writing my life story is more important to me than living.’ Many would have you believe the past should stay in the past, but the wise […]